React Vs Angular: Who's Using Which & Why?

Brands worldwide, both small and large are continuously adopting new technologies to evolve and advance the lifecycle of their products. But choosing the right programming language for your business’ product can be a lengthy and challenging process and a decision that is totally dependent on the design, goals and expectations of your product. In this post, we take a look at the two biggest rivals in JavaScript, React and Angular to get an idea of who’s using which and why.

What is Angular and who's using it?

Angular was developed by Google and initially released back in 2009. It’s an open source, JavaScript structural framework for developing single page applications and websites. Basically, it provides everything you could possibly need to create a client-side of a website. Angular is popular for a variety of reasons, namely its connections with Google and ease of use.

Angular is used to create dynamic web pages without the need for any additional frameworks or plugins. Although it’s a more dated framework than React, in April 2017 Angular 4.0.0 was launched, making the framework smaller & faster and improving elements such as the view. Angular also promised future developments within the new few months, so keep your eyes peeled!

The Guardian is one of the many sites that used Angular to create their website and is a prime example of how successful Angular can be. By using Angular alongside RxJS extensions for reactive programming oriented towards change propagation, this allowed developers to create the potential for infinite scrolling of search results. The Guardians’ grid system is one of the sites core elements, again created using Angular, where images are constantly being added to their 3 million image collection.

YouTube is one of the most visited sites across the globe and is worth between 26-40 billion dollars. Undoubtedly, a site with an audience of this size and calibre needs a framework that is stable and agile. YouTube was bought by Google, who are also owners of Angular. Therefore it would only make sense to write their framework using Angular to support the new YouTube PlayStation 3 app. They initially only started redesigning their PS3 experience with Angular, but then made their entire LeanBack service on computers with the Angular app too (LeanBack abolishes the traditional use of a mouse and instead replaces it with basic keystrokes).

Angular being the more traditional framework means that the Angular community is a lot larger, offering more support, conferences, supporters, and maintainers, which is highly beneficial. Angular helped to create smooth scrolling and video playback on the YouTube for PS3, numerous users often rave about the ultra-smooth experience. 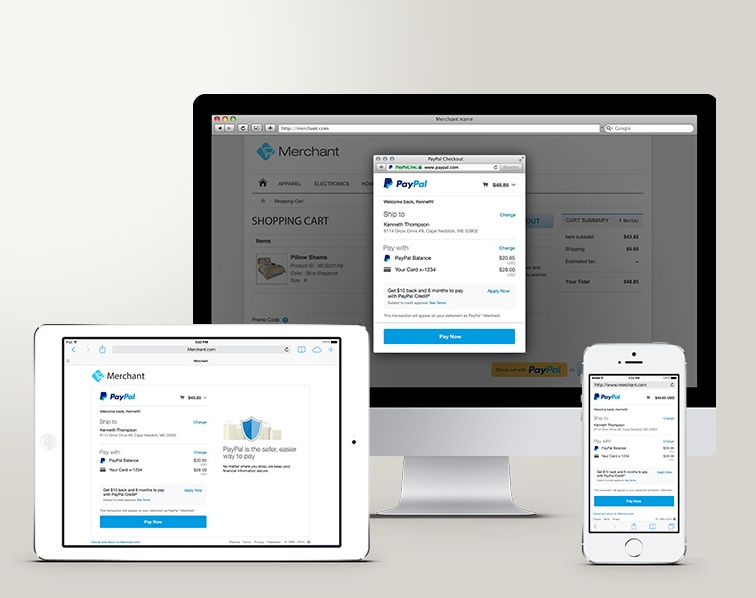 PayPal is a payment system that currently has 203 million accounts globally and is one of the larger websites using Angular. PayPal predominantly uses Angular framework within its checkout system. PayPal was having issues with purely being a single page web app, therefore released a piece of JS (checkout.js) which enabled users to complete their purchase without having to leave the app. This not only simplified the platform but also fixed bugs and allowed for the button to be reloaded without users having to refresh the entire page.

Weather.com is one of the biggest sites using Angular. The Weather Channel (TWC) is a cable and satellite television network, with weather.com being the most visited weather forecast site in the world (2016). Not only does it have weather broadcasts and forecasts, but also weather related news, entertainment programming and documentaries.

Their data for widgets is received via Angular modules located in a separate directory, which are loaded both for desktop and mobile versions of the website. Therefore the framework allows independent teams to create flexible widgets that alter in aesthetics based on the consuming device (ESI, native, inline, or Angular). 2014 saw the website move to content management system, Drupal.

What is React and who's using it?

React is a flexible and adaptive JavaScript library for building user interfaces and was developed by Facebook in 2013.  It’s the preferred choice for sites such as Netflix, Feedly and Airbnb and is popular for a number of reasons including, SEO friendly solutions, flexibility and its association with social network giant, Facebook.

Applications such as Facebook and Instagram that have dynamic and changing content within the view are more suited to a react framework. React improves user experience as it is simple and concise, which is why various social media platforms choose to create their applications with its framework.

Facebook was the original developer of the React framework and was initially developed purely for internal use, however after the success of the framework internally, React was officially introduced to the public at the 2013 JSCon. React is a lot faster when it comes to rendering of view, which is particularly important when developing mobile applications, such as the Facebook app. Facebook not only use React for their Facebook site, but also for Facebook Ads Manager. 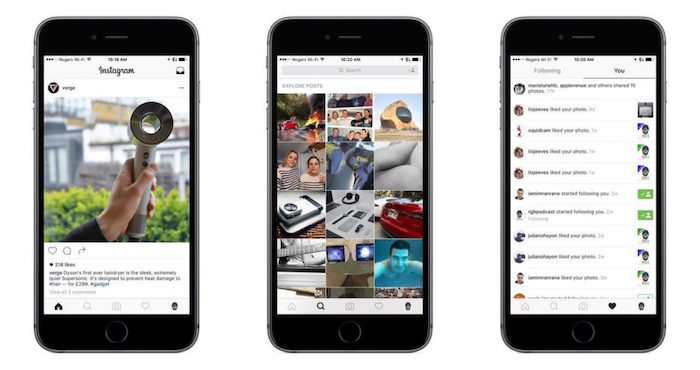 Instagram started using React Native in the beginning of 2016 as it contained numerous benefits such as; enabling product teams to ship features through code sharing and higher iteration speeds with the use of ads-owns, e.g. Live Reload and Hot Reloading.

Velocity is a core value within the company’s mobile engineering, an aspect that they strive for throughout their mobile applications. Although Instagram successfully utilises React Native today, they did acquire a few problems during its creation. However aside from minor issues React Native massively improved both the iOS and Android versions, by allowing product teams to ship features faster.

Airbnb has a huge clientele and are one of the largest sites currently using React, with 50-60 employees consistently working with the framework on a daily basis. According to software engineers at Airbnb the biggest benefits of using react is the reusability and portability of the framework. Elements of the software are extremely easy to reuse, saving time and money. It also has the tendency to make codes simple to refactor and iterate on.

As React is still a relatively new framework and Airbnb have confessed that although new users within the organisation may take time adjusting to the framework, they are still exploring using React Native for elements of their main app. 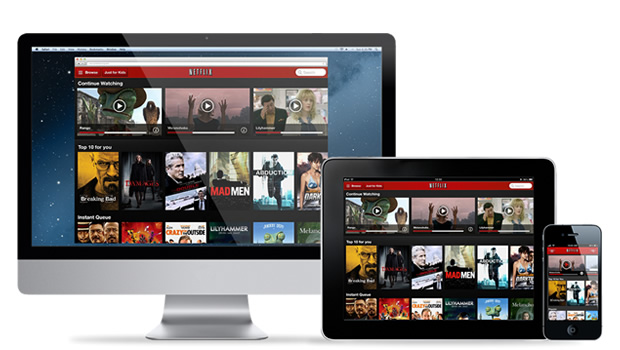 Netflix wanted to change the way their users interacted with their site, improving experience, not only on desktop but also mobile platforms. They chose to adapt their framework using Facebook's React, a decision they discussed on their TechBlog, identifying important features of React, such as; start up speed, runtime, performance, and modularity. They discuss in detail each of these elements, concluding that features such as performance, code simplicity and modularity were features that could not be beaten using alternative software.

One of the main differences between how Netflix utilise React compared to other users is their alternative use of Gibbon in replacement of DOM. Netflix developer Jafar Husain talks at React.js Conf 2015 explaining how they simply managed to construct the React version working on their platform Gibbon using it on low-performance Devices, instead of DOM used in web browsers.

Whilst of course there are other options, React and Angular dominate the JavaScript world and are two of the biggest names within web application development. Both impressive products with strong communities and influential teams behind the scenes, although both frameworks differentiate so much, they are still essentially are equipped to allow you to accomplish the same thing.

Top 10 most recently-released books for developers

React Native: Adopters are still increasing at an alarming rate 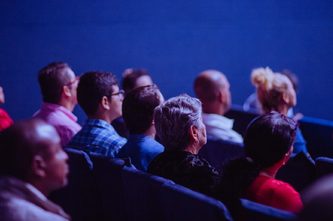 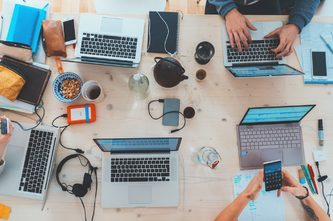 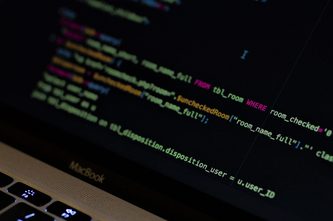 What Developers are Looking for in Their Next Career Opportunity

JavaScript Consultant - Birmingham (Hybrid - Travel Required) Your chance to join an award-winning digital consultancy.  Are you a Senior Consultant? You will be joining the development team ...

Are you an experienced C# / .NET Developer looking for your next Outside IR35 assignment?     I’m working closely with our Award Winning FinTech Partners to find an experienced ...

React Developer - London - Hybrid working Salary - £60,000 - £70,000 We are currently looking to recruit a Software Developer to join a multi billion dollar Fintech company based in ...